China has been the target of environmentalists worldwide and also within its own borders. This is mainly due to the diminished air and water quality due to massive industrialization in recent years and the use of coal as heating and also used to produce oil. 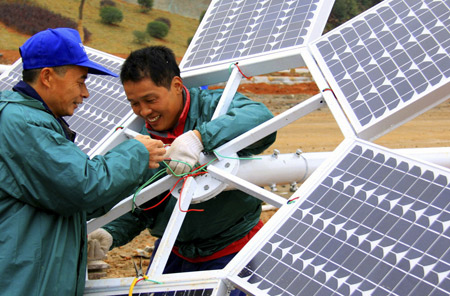 Oil produced from coal has twice the CO2 emissions as burning coal alone. So is it possible that China may become the Go Green poster child of the industrialized world? It is not only possible – it is very likely.

China is a giant canvas for painting a green picture for the world. Chinese officials are aware of the enormity of the problem but have also implemented equally large plans.

The combination of sustainable natural resources and alternative plans for the use of coal and plastics have put the country on the track to showing the greatest improvement environmentally. This is a plan that has been criticized for its slow track path but nonetheless, it is a plan.

They built the Great Wall one stone at a time and they will clean up the environment one city at a time. Some of the implemented plans and sustainable resources that will be part of a greener China include: