It’s not that hard to save on your electricity bill at all. Take a look at some useful tips: 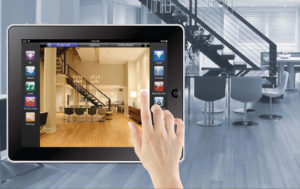 Based on the results of an Indiana University study, American drivers don’t understand electric cars, and base most of their judgments about plug-in vehicles on preconceived and faulty notions. This lack of awareness could hinder the auto industry’s push to produce more electric and hybrid vehicles.

The study, run by Indiana University’s School of Public and Environmental Affairs, surveyed 2,300 adult drivers in 21 different U.S. cities. Misconceptions about price and mileage were most common.

Ask a car enthusiast about the price of 1986 mustang parts and he or she can probably give you an accurate response. Ask the same person about the cost of electric cars, and they’ll often be way off the mark.

People understand electric cars are more expensive than gas-powered vehicles, but they don’t realize the difference can be expressed in thousands of dollars. Instead, they expect to pay a few hundred dollars more for a plug-in car. So when people go shopping for electric cars, they’re shocked by the extra cost, which makes gas-powered vehicles seem more attractive.

Going green is one of the best things you can do for yourself and the environment. One of the easiest ways to do this is by buying an Eco-friendly car that will cut down on harmful pollution and will help to make your drive more fuel-efficient. Here is a look at the top 5 Eco-friendly cars to buy in 2014.

The 2014 Chevrolet Cruze Eco is a sleek Sedan that provides drivers with a combined MPG of 33 at a relatively affordable price. Although it runs on gasoline, its high gas mileage allows for much less pollution sent out into the environment. This 4-door vehicle also comfortably seats 5, perfect for any family.
Toyota Prius V

The 2014 Toyota Prius V is easily one of the best Eco-friendly cars that Toyota has ever made. This hybrid vehicle has a combined MPG of 42, which is the highest of any SUV on the market.