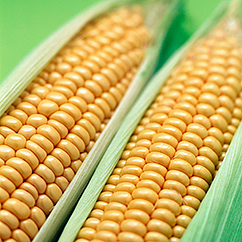 Genetically modified (GMO) foods have been in the headlines a lot lately. These foods have a gene inserted into them to help develop a certain characteristic, usually in relation to disease resistance or pests. Despite all the articles about these foods, it is hard to know what exactly the controversy is. What it all boils down to is one question: are GMO foods safe?

People who oppose GMO foods claim that they are not safe. One potential concern is that the food themselves are toxic and will harm humans. Another concern is allergies. Will a gene from a peanut inserted into another plant cause a reaction in someone allergic to peanuts?

Are the genetic changes going to result in other species dying out? There are few studies about this issue, and many of them are inconclusive.

The one most espoused articles by groups opposed to GMO foods is a study that was done by Dr. Pusztai. In this study rats who ingested GMO potatoes developed intestinal problems. What many fail to recognize in this study was that the potatoes themselves were not meant for human consumption, but were intended as pest control. Dr. Pusztai himself has stated that he wanted to show that more testing was needed, not to conclude that the foods are automatically bad.

Those who claim that GMO foods are safe have also turned to science to back up their claims. They have done extensive tests to make sure the foods being produced are safe for consumption. Another argument that seems to support the safety of GMO foods is that they have actually been on the market since the late 1990’s, with no apparent problems so far.

However the flaws in their arguments come down to consequences of GMOs and how they are changing crops and animal and insect species. Already some insects have evolved to resist pesticides, and with GMOs the consequences of losing plant types are already being seen.

For many, the jury is still out on GMO foods. Many groups focus on the need for further testing and labeling of GMO foods in the marketplace, rather than an all-out ban. In Europe, there is a ban on these foods, and they cannot be purchased in the market.

The ban itself is to keep the foods out of the market until further research has been completed, and this ban has led to many organizations and scientists with green degrees studying whether or not the foods are safe.

If you are looking to follow the current research on the subject, a good place to start is http://www.gmo-compass.org/eng/home/. GMO-compass can keep you up to date on the latest research, and help you decide for yourself whether or not you want to buy GMO foods.