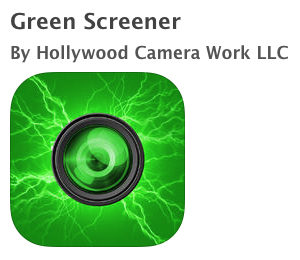 There are more green apps than you may think. Apparently, apps on how to be green or related to green matters are a bigger deal than usual. It is probably not a sign that people are going to give up their cars for bicycles and stop eating Brazilian beef, but an interest in green matters is better than nothing.

It was difficult to compile a list of the best green apps because there is such diversity, plus there are a lot of good ones. Nevertheless, here is a list of some the many good ones.

This is a rather nice app for finding out how green and ethical your current products are. It has over 70,000 products and gives you some very interesting and worrying facts, such as how a bag of cement is responsible for its own weight in CO2 emissions. It is a vital app to have for people who actually care.

This app is very good for helping you to find the nearest recycle center. It is actually giving details that should be widely available in the real world and yet is so rarely advertised. Support this app by downloading it, and get all the information you need in order to find places to recycle, the capacity of local recycling banks, addresses, nearest, biggest, etc.

This is an app that allows you to read Kindle books. Your Smartphone may be used to read things, and it does save on paper when buying e-books such as kindle books and PDF books. They also have the added benefit of not wasting trees for if you buy a book you don’t like. No longer will wide eyed young girls have to throw their copy of the Twilight saga mulch onto the fire.

This is a fun app that a person such as Lisa Simpson may use. It teaches you about the facts behind eco-skeptical arguments. For example, Britain (Americas only ally) is getting colder due to global warming, and some people say that this means global warming is a myth. But, this app points out how the north Atlantic ice has melted, meaning that Britain no longer has warm winds coming from the south. It also points out little facts such as how Britain is on the same latitude lines as Russia (which is a very cold place).

When the price of fuel is constantly on the increase, it is troubling if you have to go driving around to find a cheap gas station. With this app you may find the cheapest prices for gas so that you may drive right to them. This will save you a lot of extra driving around, which is going to save on a little bit of CO2 emissions.

This is a very good app for planning your route. It is a route planner with a difference because it gives you details on things that a cyclist or walker would want to know. It gives you track and walking locations (something that Google maps is pretty bad at), and even gives you public transport times, business opening times and much more. You can create your own timetable with this app so that your journey is literally as efficient as possible.

It would be marvelous if FourSquare went to the trouble of actually rewarding you for checking into a certain place. Well, that is basically what this app will do for you.

If you leave something on charge for too long, then it wastes electricity. These days a lot of modern and expensive devices will not allow you to overcharge your phone, but they will happily waste energy as they wait with a full battery. This app will start cause the phone to jingle and vibrate when the battery is full. It is a really simple idea and it is a wonder why phones do not already have this function, since it would lower the chances of overcharging, and would lower the risk of damage via power surges.