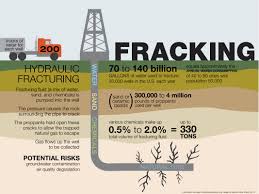 Fracking is a term that is also known as “hydraulic fracking.” Simply put: this is considered to take place when fractures are forced into a rock layer by pressurized fluid. Though this process can happen naturally, it can now be seen to force oil and natural gas from shale.

The Connection Between Vibration Monitoring and Fracking

It’s been noted that while drilling and multistage fracking are actually driving the shale oil and gas revolution upward throughout North America, professionals are discovering that what works in one specific field may not be best for others. In fact, each new site must be studied and constantly innovated.

Through technology, it appears that vibration monitoring has been invented or discovered. This tool now monitors gas shale fracking from different surfaces i.e. workers are now likely to discover real-time vibrations when fracking fluids are pushed into reservoirs, usually underground.

More importantly, it appears that machine operators are now able to utilize the vibration monitoring of more wells in connection to fracking. As well, through this tool, more specific questions about fracking may be able to be answered or addressed, such as: the operators, the different communities or areas of land, specific rules and regulations, and much more.

In Other Fracking News…

Recent studies have shown that scientists can now pinpoint and analyze rock fracturing as it occurs. Through the idea of monitoring (which is only one of the few techniques currently available), the growth of fractures can be charted during hydraulic fracture treatments. Still an ongoing process, this monitoring is used to specifically detect any and all fractures that occur inside a given area of land or community.

The Health And Environment Issues

As the ideas of vibration monitoring and fracking have been explored, there have been some questions connected with different topics, such as health and the environment.

For starters, it’s believed that fracturing companies inject solutions into the ground that are composed of dozens of chemical components. The main concern, here, seems to be drinking supplies, as well as the large consumption of water resources.

As with any situation, there are always going to be pros and cons. Though you may already be able to see different methods or factors as to how vibration monitoring can perhaps lend a helping hand to the task of fracturing, you may already consider fracturing to be an unwarranted concept, or discharge to the environment. When considering fracturing, as well as vibration monitoring, it’s important to judge each and every single situation or specific example. As stated, different areas and circumstances will warrant different opinions, facts, and outcomes.