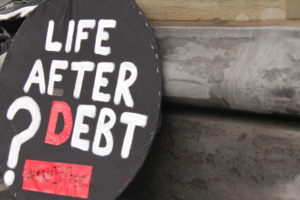 Most people who want to get out of debt quickly will make a budget, then start cutting.

Naturally, the first thing you need is a budget!  Once that is drawn up and you see where your money is going (and how much) here are the most common budget items that go on the chopping block and get sacrificed:

This is just a list of the simple little budget sacrifices that often add up to a surprisingly large number!  Cutting back on these things often doesn’t even feel like a large sacrifice after a short time of adjustment (usually two months max).  I haven’t even touched the larger sacrifices some folks make to slash their budget like selling vehicles with notes attached or actually going back to a dial-up internet connection (which I shudder at!).

Now I’ll throw out the question: What are some common budget sacrifices that you know of and have done?