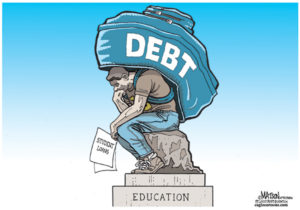 Y’all asked me to post about how my experiment with putting my teenage son on his own food budget is going.  Tonight was our first stab at it, and the testing ground was perhaps the most challenging of all: Wal-Mart.  Yes, I turned my 14 yo son loose on a Wal-Mart with $45 and his own shopping cart!

I would call tonight’s shopping expedition a smashing success.  I fussed at the teenager to make a list, informed him he had to buy his own milk, juice, fruit, pasta, and what-not.  I figure I can cover him on things like condiments and margarine, but he is *SO* on his own with the milk.

Yes, he objected to the milk idea, but I held my ground then pointed out an obvious benefit: with his own milk he won’t hear me throw a fit when he decides to drink a tall glass of it at every single meal and snack time.

I guess it was a huge eye-opening experience for him in the dairy case, since he only bought himself a half-gallon instead of a full gallon!

I know y’all are dying to hear how the kid did: he came in a little better than two dollars under budget for his food!  In fact, before we left he ran and fetched his calculator out of his backpack, with no prompting from me.  After we got back home, he even put his own food away.

If every week is this easy, this may end up being the singly most brilliant idea I have ever had in my entire life!  This shopping trip was free of stress and – dare I say it? – even enjoyable (well, about as enjoyable as a trip to Wal-Mart can be).  I didn’t have to guard my cart against packages “jumping” into the cart.  I didn’t have to listen to “Mom I want…”  And I didn’t have to spend half the time in the store saying “No, no no!”

Hubby is still a bit unsure of the amount of money I am budgeting for the boy’s groceries.  I am trying to reassure hubby that $180 for a month is about the same amount I was spending on feeding the teenager (when I could keep things from jumping into the cart, that is) and is about the same I spend on the two of us adults to eat as well.

I don’t expect my son to be a natural bargain-hunting coupon-clipping frugal shopping machine … at least not immediately LOL so I tried to figure in a bit of “wiggle room” in the amount of money.  I just don’t plan to up it any time soon, so if inflation kicks in the teen will have to learn how to really do some aggressive shopping.

There it is, folks.  Week one of the teenage boy doing his own grocery shopping on $45 per week.  I have to admit, I am pretty proud of him.  When I asked son how he liked the experience, he said he definitely likes this plan.  Now he won’t get any more grocery money until next week … so it should be interesting to see just how long that little half-gallon of milk lasts!